I was just having a look at some netsuke (Items which were designed as toggles on the robes of japanese monks, often carvings of animals or people) on google images earlier today and I noticed this great octopus carving – I don’t think I’ve ever come across sea creature carvings before. So I’ve been having a search to find more!

I first came across Netsuke when I was looking round the Victorian and Albert Museum as part of a school GCSE art trip and instantly fell in love with them. I would quite like to own some one day but they can be fairly pricey items so that wont be very soon unfortunately… usually they’re carved in ivory or bone, but sometimes wood and amber are used.

This one is pretty strange –  it has been described on the website I found it on as:

“A stag antler netsuke of two mythical sea creatures and an octopus
19th Century
the creatures of human form, one creature held aloft in the octopus tentacles, incised signature — 1½in. (3.9cm.) high, (one foot with losses to toes).”

I think this may be a representation of Ningyo,  – 人魚, or “human fish” which I mentioned a few posts ago when writing about japanese Yokai. I think they were traditionally quite ugly-looking, and I remember Ningyo being described as something along the lines of ‘cross between a carp and a monkey’ which is certainly what this looks like.  I wish I had £600 to spend on netsuke… this is what this is estimated to sell for. 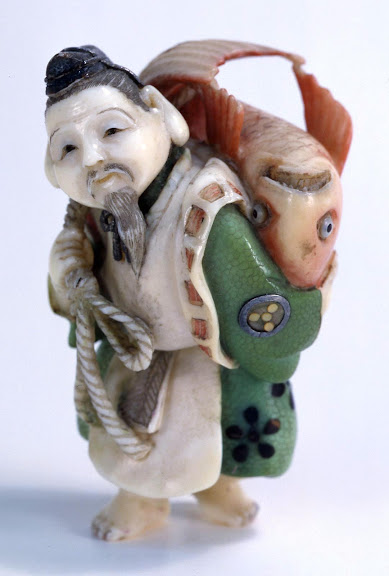 This piece features rather an angry upside down sea beam in the backpack of an old fisherman.

The last couple of images I’m posting are those I’ve found on the International Netuske Society website just because I think they’re great and hopefully will give you some idea why I like netsuke so much! 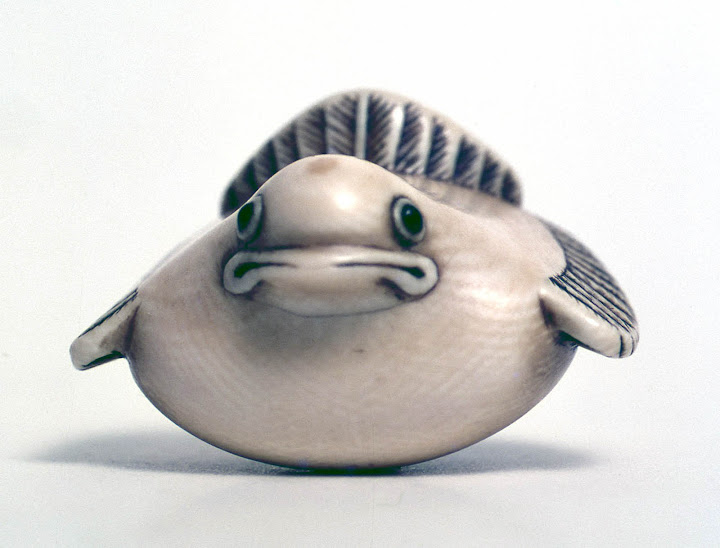 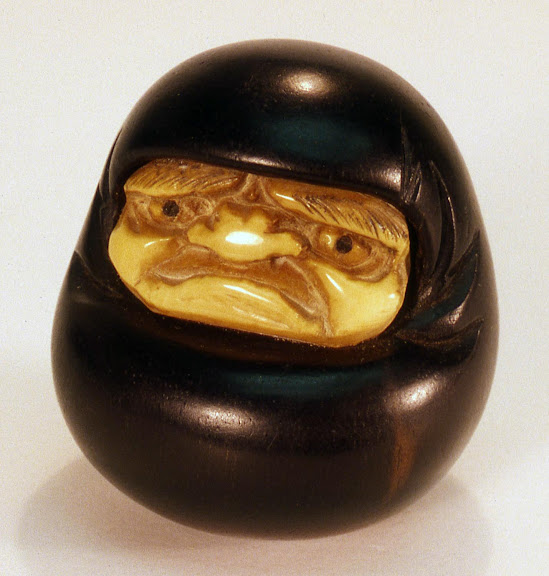 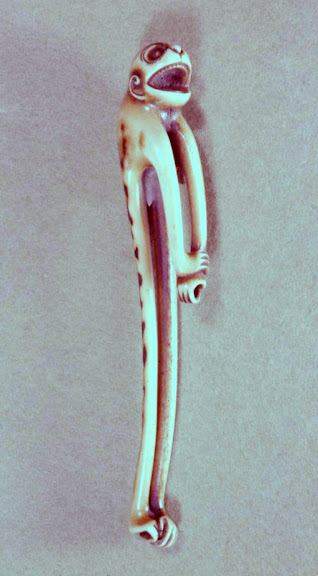 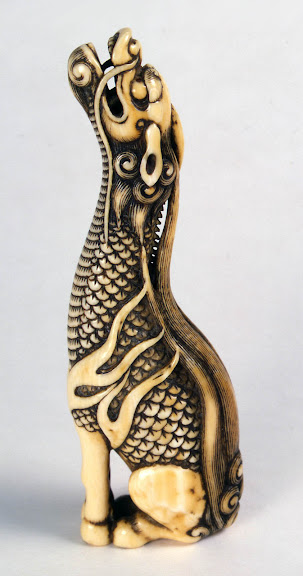 One response to “Nautical netsuke?”